A Dazzling Place You Never Knew

Not only for Javan rhino, but its lush forests and healthy ocean is also a paradise for many other rare species

such as hornbills, peacocks, wild bulls, dolphins, and even dugongs. 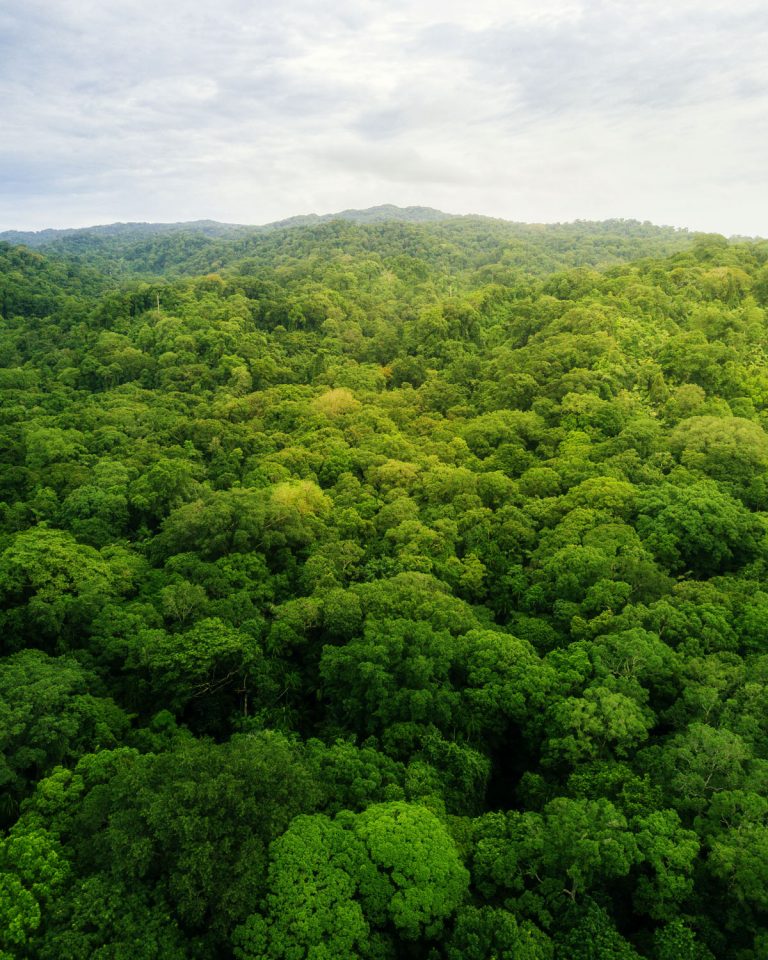 THE MOST EXTENSIVE LOWLAND FOREST REMAINING ON THE JAVA ISLAND

Ujung Kulon is the Sundanese dialect spoken of “Western End”.  After being hit by a tsunami of Krakatoa eruption in 1883, 78.619 ha Ujung Kulon area has not been inhabited by humans until now and has become the largest lowland forest on highly populated island of Java, Indonesia.

Ujung Kulon National Park world-renowned as the Javan rhino habitat remaining in the world. But its lush forests and healthy ocean is also a paradise for many other rare species such as hornbills, peacocks, wild bulls, dolphins, and even dugongs.

Located in the District of Sumur and District of Cimanggu, Pandeglang Regency, Banten, around 200 km or 125 miles to the west from Jakarta, the capital city of Indonesia, Ujung Kulon National Park is often referred as the great weekend getaway from the hustle-bustle of the big city around it.

Like most tropical rainforest, mainland area of Ujung Kulon National Park is overgrown with very tall trees that have thick leaves that form a canopy. The height can reach 50 meters. There are no empty gaps between the forest floor and the tops of the tallest trees because there are also various types of plants with different heights. The layered vegetation structure that forms a canopy prevents the sun from reaching the forest floor. Thus, the soil becomes very moist and is overgrown with mold and mildew.

Some of the trekking paths opened to visitors are the path to Tanjung Layar the western end of Java Island, the path to Ciramea where turtles lay eggs, and the path to the Karang Copong on Peucang Island home to more than 60 species of birds. 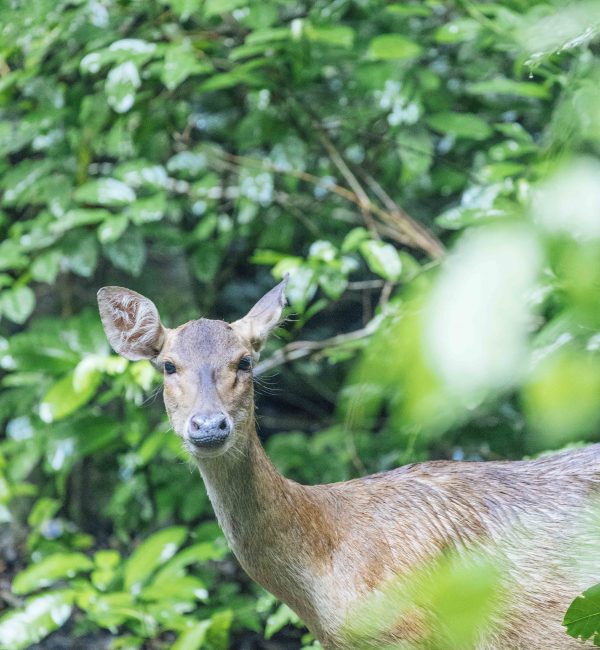 Try to step on the floor of this tropical rainforest trekking path. Feel the slippery moss and rustling of dry leaves when you step. Breath in the fresh and clean air from the lungs of the world. Listen to the singing of nature, and enjoy the tropical temperatures, warm and moist.

It’s not easy to meet animals along the track. Especially the Javan rhino. But try visiting the Cidaon Grazing Ground, one of the most popular destination in Ujung Kulon National Park. Colony of will bull regularly visiting the ground each day.

Ujung Kulon National Park also a dream destination for the brave surfer. The west side of the Panaitan Island faces directly to the Indian Ocean. All great surfers in the world dream to conquer the heavy waves.

As a complement to a visit to Ujung Kulon National Park, canoeing on the Cigenter river, Handeleum Island, will give a unique sensation. We will feel tense because this is the habitat of pythons, estuarine crocodiles, and Javan rhinos that tend to attack when they see humans rather than flee. But canoeing in a wild river is a truly relaxing thing.